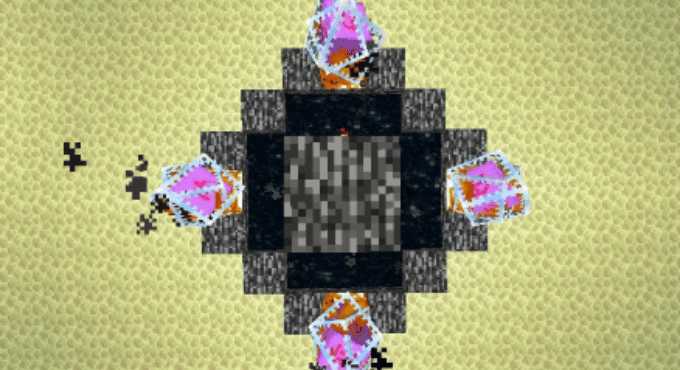 In this article, we will tell you about; How to respawn the ender dragon In Minecraft? Minecraft has given its users the opportunity to fight the boss Dragon as many times as they want.

But they have to respawn it, so if you do not know how to respawn an Ender Dragon, then after reading this article, you will be able to do that. Let’s talk about Minecraft first.

Minecraft is a sandbox video game developed by Mojang in 2011. It is a survival game that includes building, collecting food, making a shelter, having pets, and solving problems. Minecraft is arguably the best game for kids. It involves non-violent content and problem-solving skills.

It teaches fundamentals of programming, teamwork and a fantastic environment to nourish your creativity. But Minecraft is not easy to play. The difficulty matches the effort you put into your building and exploring. You can explore the world of Minecraft though. Find animals, take them as pets and hang out with them. You can go to different worlds and fight the monsters and villains in it.

Who is the Ender Dragon?

Ender dragon is a gigantic flying dragon that is first found when a player is entering the end. It is the largest naturally spawning mob in the entire game. It is also called the Final boss of Minecraft. Ender Dragon respawns immediately when an entity first arrives in the End.

It does not target any other entity except the player him/herself. It is a gigantic beast and is not easy to be defeated. One needs full strength and good fighting skills to deal with the Ender Dragon.

How to respawn the Ender Dragon?

Now Ender Dragon is the final boss of Minecraft. Players need to defeat it to conquer Minecraft. It requires exceptional combat skills as it is not easy to defeat the monster. It is as much difficult to defeat as it was for the first time, so the player should be ready for an awesome fight.

The Ender Dragon can be re-summoned again and again into the game after the slaying. But to face the monster again, the player has to craft four End Crystals.

Minecraft players should recall destroying the End crystals at the top of Obsidian pillars as the Ender Dragon heals using these End crystals. For the beast to be resurrected once again, you will have to make four new End crystals.

How to make End crystals?

In Minecraft, you have to craft four End crystals to respawn the Ender Dragon. You can craft the End crystals by following the method shown down below.

You can craft the End crystals using these resources :

How can you find these resources?

Crafting glass is an easy thing to acquire. It can be crafted by smelting sand with any type of fuel available on a furnace, For example, Coal.

If you have activated the End Portal, then you would know about the Eye of an Ender. It was used to activate the End portal. If you do not know about it, then let us show you how to craft it.

Eye of an Ender can be crafted by combining one blaze powder with one Ender pearl in the crafting window or at a crafting table.

At the last, Ghast tears can be obtained by slaying the parent mob.

These items have to be assembled as seven glass pieces, one Eye of an ender and one Ghast tear.

It creates a white beam of light which goes on the sky, You will notice sounds of the dragon that is about to come. You will notice that all the End crystals on the Obsidian Pillars will also respawn in order to bring the final boss back. Then you will be able to see and fight the Final boss once again.

Things to remember after respawning the Ender Dragon

We hope this article helped you respawn the Ender Dragon and we also hope you easily defeated it. We gave you pro tips at the end too so you do not have to go through any problems.

If you still have any questions, then you can ask us in the comment section. We would love to solve your problem.