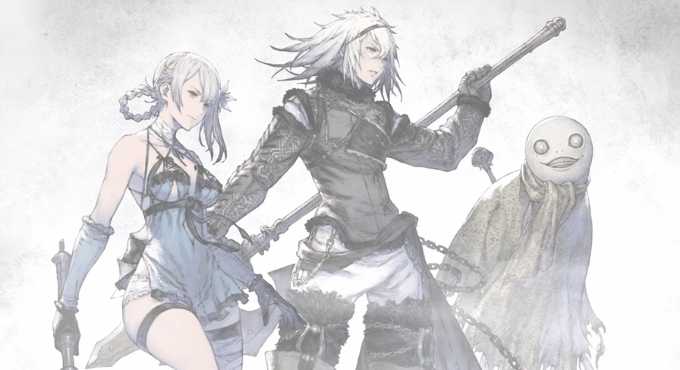 Lets see NieR Replicant” NieR is an action role-playing video game that was developed by Cavia and was published by Square Enix. This game is a story of a brother who is finding a cure for his sister who has some kind of disease. It was first released back in 2010 for PlayStation 3 and Xbox 360.

In Japan, this game was released as NieR Replicant for PlayStation 3. Replicant had an updated version which was released on twenty third of April, 2021. It was named Nier Replicant ver.1.22474487139 In this article, we take you through all the story parts, reviews, and gameplay.

This game follows the fifth ending of the first game. The events that happened in it left the Earth in a state of decay. The game puts the player in control of the Protagonist as he attempts to find a cure for his sister/ daughter(depending upon the version).

The disease is named Black Scrawl. This game was designed to have gameplay that would attract the players outside of Japan, where Cavia is based. NieR was released to mixed reception. Reviewers loved the story, characters, and soundtracks. This game became a cult classic. Let’s talk about the gameplay of this game.

The main player’s name is NieR who is a teenage boy trying to find a cure for his sister Yonah. The player can directly control the main character through a third-person perspective to interact with people, enemies, and objects around the game.

The player can also rotate the camera to 360 degrees that give all the view of the surroundings. The three-dimensional world is separated by loading screens and the player can do running, walking, climbing, and jumping.

The character has to travel to find the cure. But when he travels, he is attacked by monsters and other shadowy figures. He also comes across large animals and robots. When the character is successful in defeating the enemy, he gets experience points that give him money to buy different items.

It also makes him stronger. NieR can either use a one-handed or two-handed sword. He can also use a spear to defeat enemies. In order to defeat stronger monsters, he has to upgrade his weapons to give greater damage. He can also copy the abilities of other monsters. Multiple types of each weapon can be acquired by NieR.

The main character can also cast spells that require enough constant energy to cast. He can make projectiles or a large shadowy fist and many more. New spells are acquired in the first half of the game. NieR also goes on numerous side quests, which earn him experience points and money. He can also do fishing and farming. Let’s talk about the plot of the game.

The game starts in the year 2053 in a snowstorm. The scenes show a broken-down grocery store. The main character stops the attack from ethereal monsters and tries to protect his sick sister whose name is Yonah. When he defeats all the monsters, he checks on Yonah, She starts to cough badly.

Then the scene cuts to 1412 years later in which Yonah and NieR are living in a village built upon ruins of an old town. The village has low technology and is one of the several. The village is filled with monsters known as Shades that attack travelers.

When Yonah’s illness becomes more dangerous, NieR decides to find a cure. He manages to find a talking book, which is named Grimoire Weiss. The talking book suggests that the two should team up to use the book and find a cure for Yonah’s disease.

First of all, they encounter Kaine, who is a hot-tempered and foul-mouthed swordswoman and Emil, who is a blindfolded boy whose eyes petrify anyone they see. After their journey starts, the village gets attacked by a giant Shade, Yonah gets carried away by a master Shade that suddenly appears during the battle, his name is Shadow lord, who carries his own book, Grimoire Noir.

Then, the game jumps five years forward. NieR and others are trying to find the parts to a key. They believe that that key will help them locate Shadowlord and Grimoire Noir. So they defeat Five Shades and then assemble the key. Then, they go to defeat the shadow lord.

NieR defeats the pair, with Emil sacrificing himself to ensure his friend’s progress. The remaining group then defeats the Shadow lord.

The new version of NieR Replicant ver.1.22474487139… is a remaster of the NieR replicant, which was previously released only in Japan. It was developed by ToyLogic and was released by SquareEnix.

This remastered version happened to be so amazing that it got a 9.0 rating from Steam. It has better graphics, better gameplay, and of course, a better story than the previous one.  New Version can be played on PS 4, Xbox One, and even on Microsoft Windows.

NieR is actually an amazing game that includes fighting, role-playing, and family love. It turned out to be one of the best games on the internet. We hope you got to know all about this game. If you have any more questions about this game, then you can ask us in the comment section. We would love to help you.

Which game did you like the most? NieR Replicant or NieR Gestalt. Also, tell us why. We would love to hear your response.