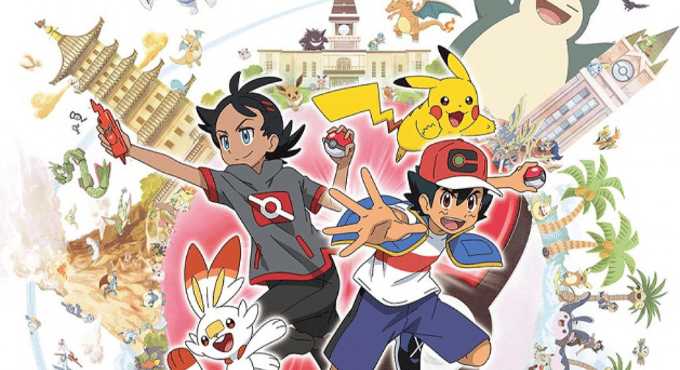 If you are a Pokémon lover then you would want to know about the Pokémon Sword and Shield Anime. In this article, we will explain all the details you need to know about the new Pokémon Anime series. Let’s first talk about Pokémon.

Pokémon is a series of video games that was developed by Game Freak and released by Nintendo and Pokémon company under the Pokémon franchise. Pokémon is one the most famous and loved anime series of all time.

Its main characters are Ash and Pikachu. Pikachu is loved due to its cuteness and lightning energy. Pokémon made a lot of anime and video games series. Let’s talk about  Pokémon Sword Shield and Anime.

What is Pokémon Sword and Shield?

Pokémon Sword and Pokémon Shield are 2019 role-playing video games that were developed by Game Freak and were published by The Pokémon Company and Nintendo to play on Nintendo switch.

An anime series of this game was also released in 2019. Both the anime series and game mostly have the same story.

Pokémon Sword and Shield’s concept planning began immediately after following the completion of Pokémon Sun and Moon in 2016. While its full production started a year later in 2017. Like the previous series, they start the journey of a young Pokémon trainer who is aiming to become a Pokémon champion. This time, a new region is placed whose name is Galar region.

The main objective is to dethrone the previous Pokémon League Champion, Leon. They have to take part in a tournament in which there are many other rivals and Gym leaders. When fans found out that Pokémon did not include all the previous existing Pokémon, it resulted in a controversy known as “Dexit” and they called for a boycott months ahead of the release.

Even after this hate, Pokémon Sword and Shield anime received positive reviews. It happened because of the creature’s design and emphasis on simplicity.

Pokémon Sword and Shield are role-playing video games with adventure elements. They are presented in a fixed camera in most cases. Only in some instances, a free camera is available.

The player goes to control a young trainer who goes on a quest to catch and train Pokémon’s and win battles against other trainers. When the player defeats certain players, he gains experience which allows him to level up and increase his battle statistics. He learns new battle skills and sometimes their Pokémon evolves into a better Pokémon.

Players can have wild encounters with wild Pokémon’s. They can also capture wild Pokémon’s. They have to weaken the Pokémon’s by battling them and capturing them with Poke Balls. So that they can use them to fight battles for them. There is such an amazing feature in the game that allows you to trade your Pokémon’s with other real-life players. You can do this by using Nintendo Switch.

Sword and Shield basically take place in the Galar region, which is based in the United Kingdom. Galar consists of a number of cities and towns connected by routes. However, there is also an open-world area in the center of the region known as the “Wild Area”.  The player can have random encounters with wild Pokémon’s in the environment of Wild Area. The wild Pokémon might chase or run away from the player depending upon its deposition.

The player battles other trainers occasionally in cities, towns, and in the Wild Area. The driving force that brings the player to travel around the Galar region is to take part in “Gym Challenge, which is an open tournament to decide the greatest Pokémon trainer in the region. When a player beats another player, he gets a badge.

After getting eight badges, the player can take part in the “Champion Cup”, where they will face a single-elimination tournament against the previously faced Gym Leaders and other trainers that are remaining to be defeated in the Gym challenge. If the player manages to beat the enemy, then he will face the champion of the Galar region.

This story is just similar to many previous stories. Players go on a journey across the region to become the strongest trainer, fighting eight powerful trainers called Gym leaders and eventually become the region’s champion. The player and his best friend get three starter Pokémon.

Afterwards, the two of them explore a forest called the Slumbering Weald but they are driven off by a powerful Pokémon. During their visit to the region’s Pokémon Professor, Sonia convinces Leon to endorse them to take part in the Gym Challenge.

As their quest continues, the player assists Sonia in her research on two legendary Pokémon who saved Galar from an ancient crisis called the Darkest day deduces that they are the same Pokémon previously encountered in Slumbering Weald. After beating the eight teams, the players make their way to the Champion’s cup, which earns them to battle Leon.  The player then defeats Leon in a battle and becomes the new champion of the Galar region.

After that, they are challenged to a battle by the Legendary Pokémon and are allowed to catch it, while Hop follows Zamazenta / Zacian back to Slumbering Weald and calms it down, being chosen by its trainer. The player and hope they have a final battle, after which Hop decides that he will become a Pokémon Professor and becomes Sonia’s assistant. This Pokémon anime got a 7.2 rating.

We hope this article helped you to understand the Pokémon Sword and Shield anime story. If you still have any questions regarding this topic, then you can surely ask us in the comment section. We would love to help you.